Do You Know the Difference? BBQ Terms to Master 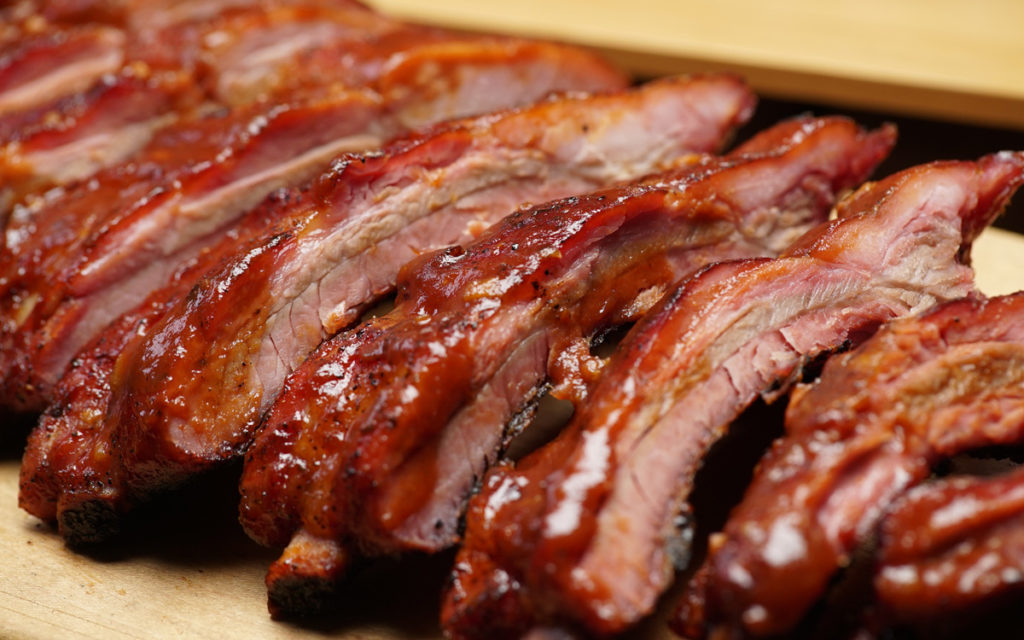 When you become a griller or barbecuer—maybe you’re on your way to becoming a true pit master—you have to learn a whole new vocabulary. Almost a different language. And from your email or your posts on social media, we sense there are some barbecue terms you are confused about. One of them is pork tenderloin versus pork loin, a distinction that can make a huge difference in a recipe. In this, the first of a series, we’re going to help clear up any confusion and suggest recipes to illustrate all. Please feel free to suggest other bbq terms to us (anonymously, if you want) for explanation.

What’s the Difference Between Baby Back Ribs and Spare Ribs? 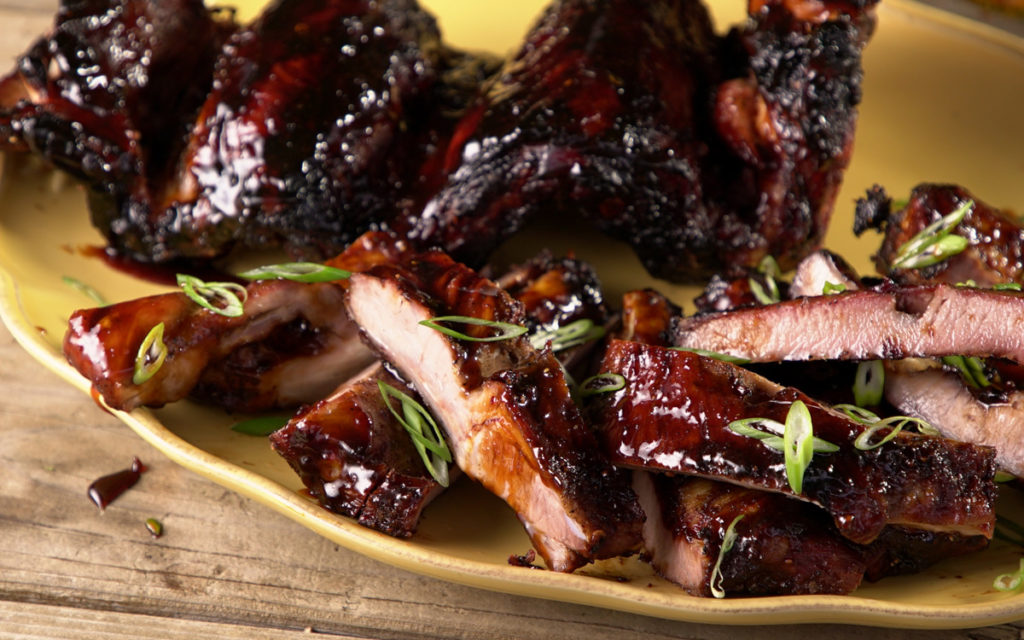 Cut from “high on the hog,” these flattish ribs are attached to the backbone and are perceived to be more tender and less fatty than spare ribs. Usually weighing about 2 pounds per slab, baby backs are often favored by home and competition barbecuers alike.

Closer to the belly, spare ribs are larger and more curved as they approach the breastbone. A rack typically weighs 3 pounds or more and is meatier and fattier than a rack of baby backs. They’re often sold as St. Louis-style ribs, which means the butcher has accentuated their rectangular shape by trimming the tips and cartilage. Preferred by “in the know” pit masters.

What’s the Difference Between Shrimp and Prawns? 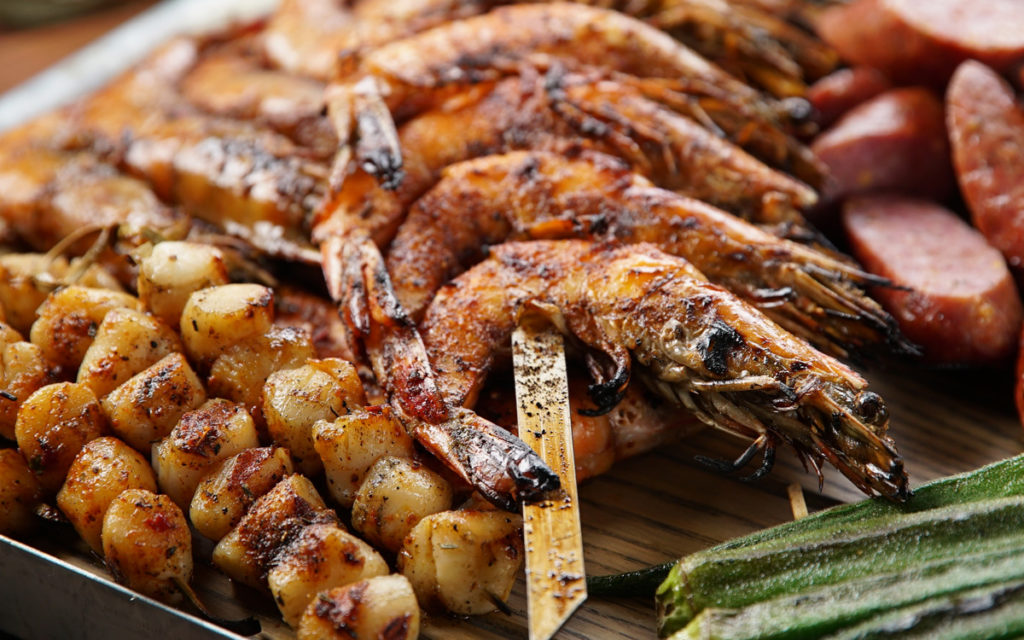 In North America, these succulent crustaceans are commonly called shrimp, unless they are larger. (Shrimp sold as U-10s, for example—10 pieces per pound—are sometimes labeled prawns to increase their appeal on restaurant menus or justify a higher price.)

Confusingly, the term “prawns” is preferred to “shrimp” in Ireland, India, and South Africa as well as Commonwealth countries like the UK, New Zealand, and Australia. Scientifically, however, prawns differ from shrimp in structure, reproductive habits, and environmental preferences: Most shrimp are harvested from salt water, while prawns come from fresh water. Happily, prawns and shrimp are interchangeable in the kitchen or on the grill or smoker.

What’s the Difference Between Pork Loin and Pork Tenderloin? 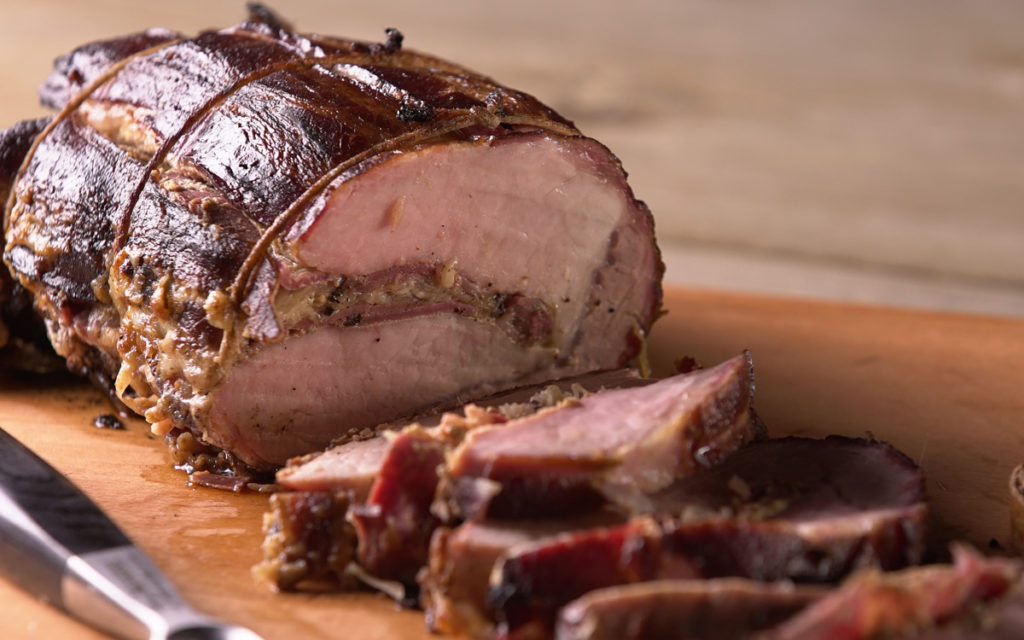 This lean, boneless cylinder of meat is not only one of the most economical cuts at the butcher counter, but is very versatile. It’s attached to the top of the ribs at the backbone. Weighing up to 5 pounds or more (smaller portions are often sold as center-cut pork roasts), it can be indirect grilled, spit-roasted, stuffed, or even cut into individual steaks and grilled directly. It is most tender when cooked to 145 degrees (pink) or slightly beyond. Do not use this cut to make pulled pork as cooking it to 195 will make the meat impossibly dry.

Visually, size distinguishes pork tenderloin from pork loin. The former weighs about a pound and is often vacuum-sealed in packages of two. (One tenderloin feeds two average appetites or one large one.) It’s a small, little-exercised muscle—it’s used for posture, not locomotion—near the pig’s lower back, extending into the ham. Very tender and flavorful when not overcooked. It is a great candidate for marinating. Be sure to trim off any visible silverskin before direct grilling.

What’s the Difference Between Pork Shoulder and Picnic Ham? 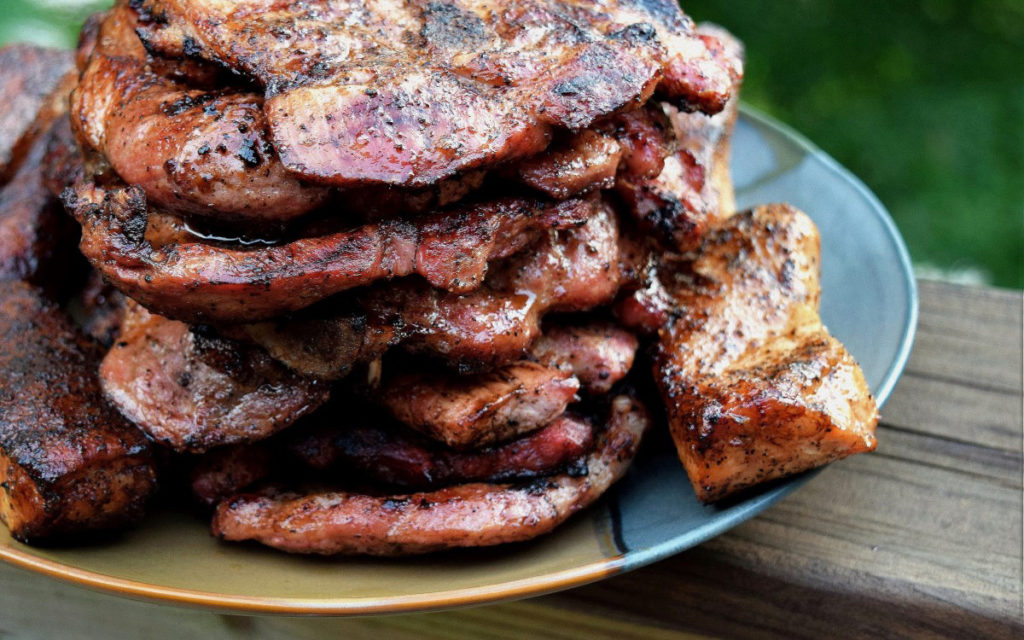 Often called pork butt or Boston butt, pork shoulder is the preferred cut for barbecuing low and slow, especially for pulled pork. Well-marbled, it can also be cross-cut into pork shoulder steaks, which is a specialty of St. Louis (see a link to the recipe below). Usually sold bone-in in 3 to 5 pound portions.

The lower part of the pork shoulder (see above) is called the picnic ham. The bone to meat ratio is higher and it requires longer smoking times to break down the fat, muscle, and tendons. Less expensive than pork butt but very flavorful, it’s a great cut to smoke when you need ham-like smoked meat to flavor soups, collard greens, etc. 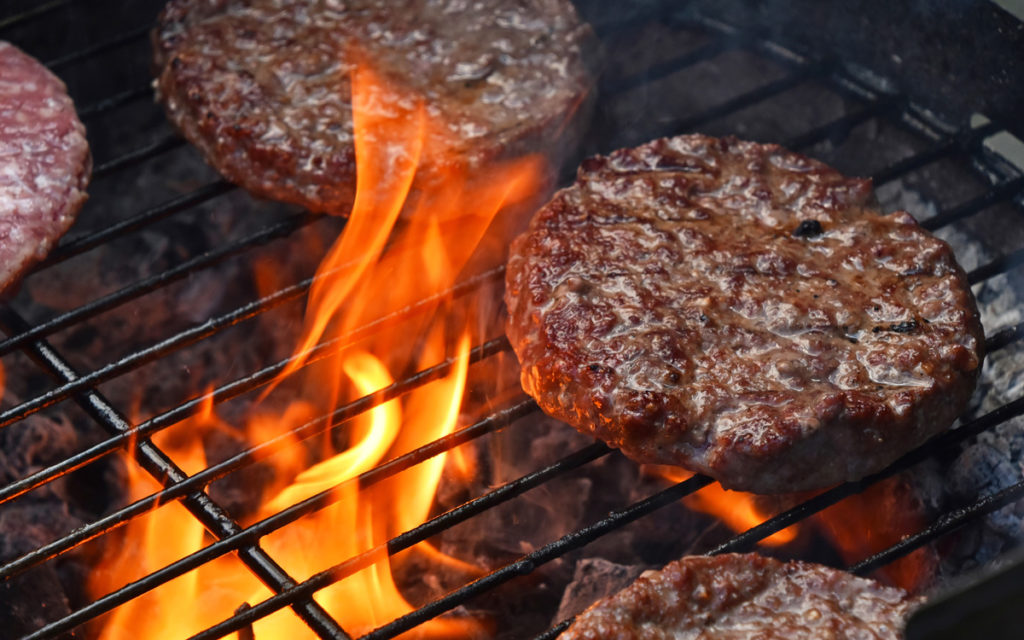 This is the simplest, most straightforward, and widely practiced method of grilling on Planet Barbecue. It’s the method used to cook thinnish, tender, quick-cooking foods over a hot fire. They might include chicken breasts or thighs, thinner steaks or chops, burgers, hot dogs, shrimp, fish fillets, kebabs, sliced vegetables, sliced bread, etc. Set up a small kettle grill, hibachi, or even a Tuscan grill in your fireplace or over a campfire, and you’re in business!