Shell Games, Part 1: How to Grill Shrimp and Lobster 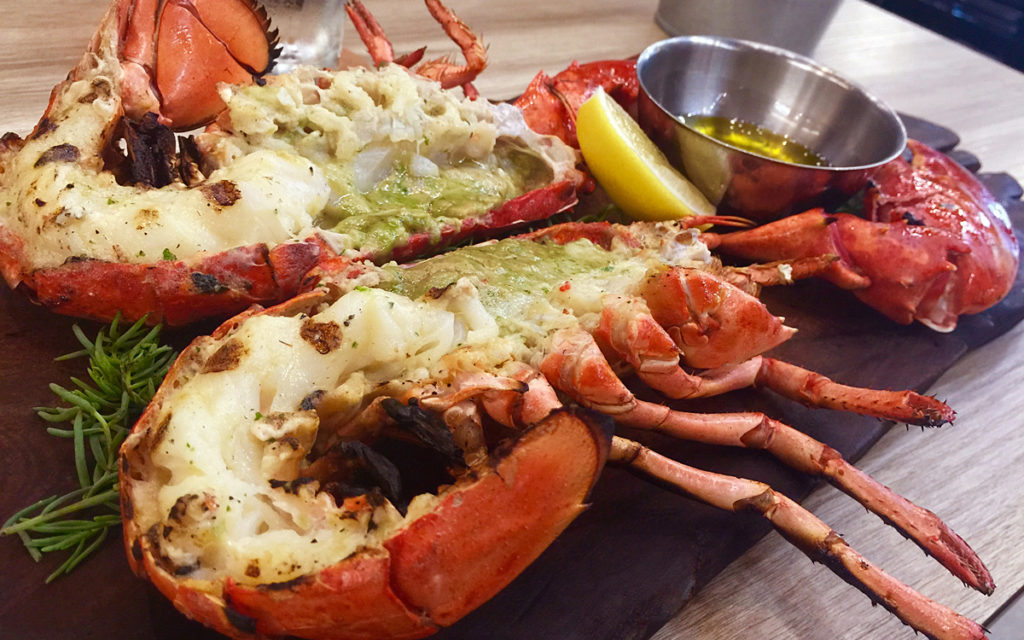 If you’ve read Steven’s blog, bought one or more of his books, watched his TV shows, or attended Barbecue University, you are likely acquainted with Raichlen’s Rule: If it tastes good boiled, broiled, baked, braised, sautéed, or deep-fried, there’s probably a way to make it taste even better on the grill.

Shellfish is a prime example. Consider lobster. Boil or poach it, and it loses its subtle brininess and delicate flavor to the water. But grill it, and the lobster’s natural sweetness is accentuated. Ditto for shrimp.

Other good candidates for the grill include scallops, oysters, clams, crawfish, mussels, crab, squid, and even octopus. We’ll cover them in Part 2 of Shell Games.

While we prefer our shrimp and lobster grilled over a wood or wood-enhanced fire, you can also use a gas grill. When direct grilling a few shrimp or shrimp kebabs or a couple of lobsters, a hibachi is my grill of choice.

How to Grill Shrimp

This is it—the most popular seafood in America. High in protein, low in fat, widely available, and extremely versatile, it’s no wonder Americans eat over 1.27 billion pounds per year. (For the differences between shrimp and prawns, click here.) 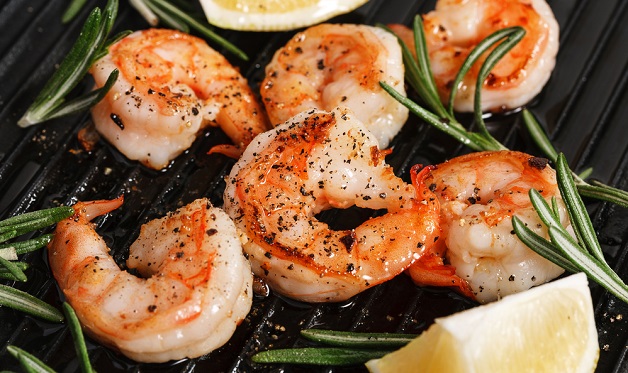 Look for jumbo or even colossal shrimp or prawns if they’re destined for the grill; the larger size will make it more difficult to overcook them. Shrimp are sized according to how many make up a pound. For example, U-10 means you can expect “under 10 shrimp per pound.” Most shrimp in the U.S. are sold frozen and headless, though head-on shrimp can sometimes be found online or in specialty markets. If it’s an option, seek out local varieties like Maine shrimp (small but incredibly sweet), Key West pinks (briny and tender), or spot prawns (buttery and succulent) from the West Coast.

Peel the shrimp, if desired, or use a sharp paring knife or kitchen shears to split the shell from head to tail, then devein using the tine of a fork or the tip of a bamboo skewer. (The dark “vein” you see running down the shrimp’s back is actually the alimentary canal. Most people remove it for aesthetic reasons.)

The meat of even the largest shrimp or prawns is very delicate, so be careful not to overcook. 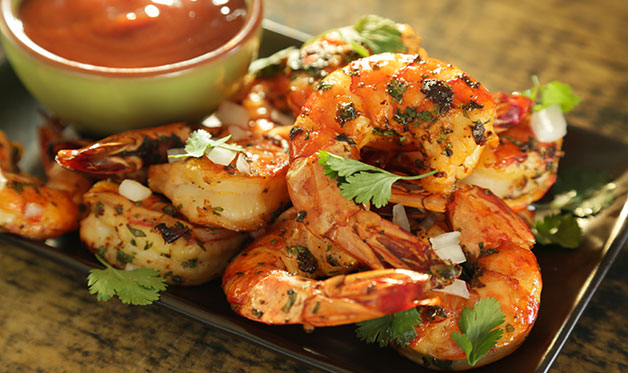 How to Grill Lobster

Lobster is considered a luxury food these days—a quick glance at an online source sells live 1.5-pound lobsters for about $30 each and spiny lobsters for $45 each (neither price includes overnight shipping charges). But that wasn’t always the case. Early American colonists dubbed them the “cockroaches of the sea,” and considered the crustaceans fit food only for prisoners, indentured servants, and the indigent. At any rate, lobster is now up there with prime rib when it comes to striking fear in a griller’s heart as mistakes can be costly. But take a deep breath: You can do this. 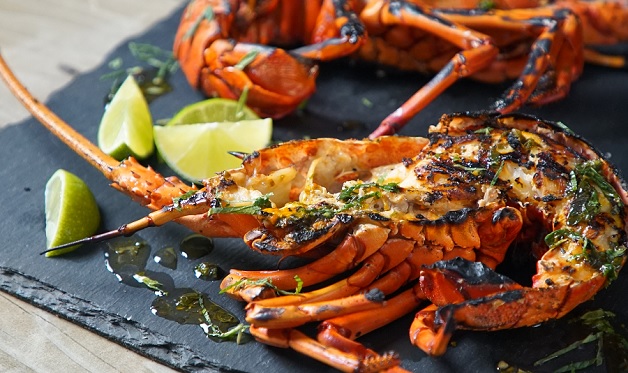 Generally speaking, two species of lobsters are sold in the U.S.— Maine lobsters, which hail from the cold waters of the coastal states in the northeast, and spiny lobsters, clawless crustaceans that come from the warmer waters of Florida, the Caribbean, or Southern California. (The latter are in season only from October through mid-March.)

If you’re a coastal New Englander, lobster pounds—facilities that circulate sea water through pens of lobster—are a familiar sight. Perhaps you can be choosy, selecting lively specimens with feathery swimmerettes, a sign that they’re female and have sweeter meat. You might even discover black roe when you prep the lobster; it’s a delicacy, and safe to eat. It turns pinkish-orange when cooked.

The rest of us can order online from a reputable source, or select our lobsters from a tank at our local supermarket or fish market. Plan on cooking the lobsters the same day as they are highly perishable and cannot live long out of salt water. (If you must, hold them for a few hours in the coldest part of your refrigerator, wrapped in seaweed or damp newspaper.)

Of course, frozen lobster tails are available in even the most landlocked states, and are an attractive option to people who squirm at the thought of killing a lobster. Thaw the tails in the refrigerator, or if you’re in a hurry, under cold running water. (Put them in a plastic bag first.)

If you’ve purchased live lobsters, the first order of business will be to dispatch them humanely.

In most cases, you’ll grill the lobster over medium-high to high heat for 4 to 8 minutes per side, or until the meat is white and opaque. Do not overcook. 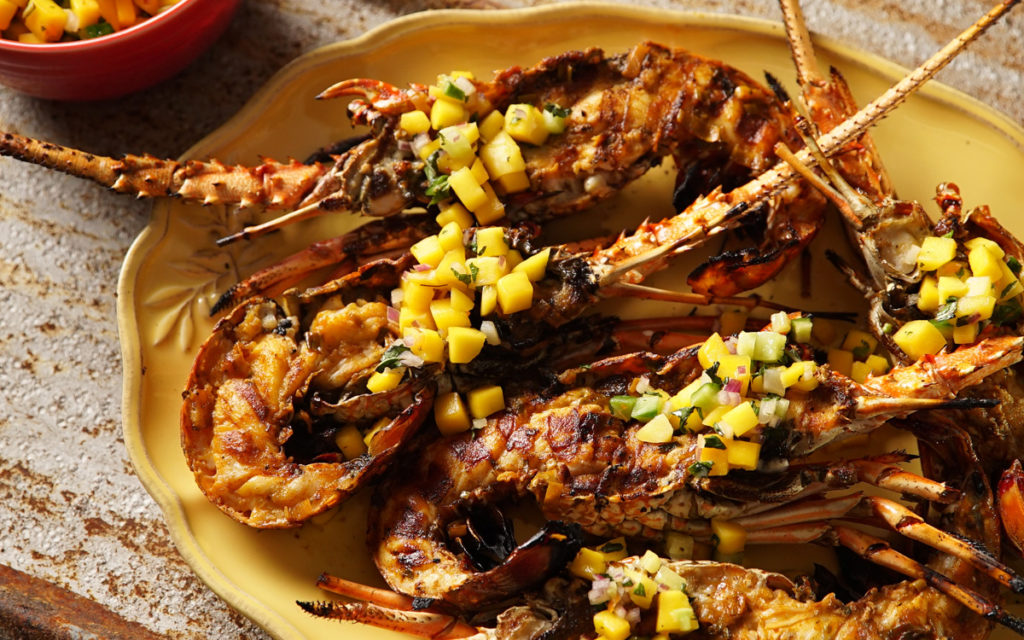 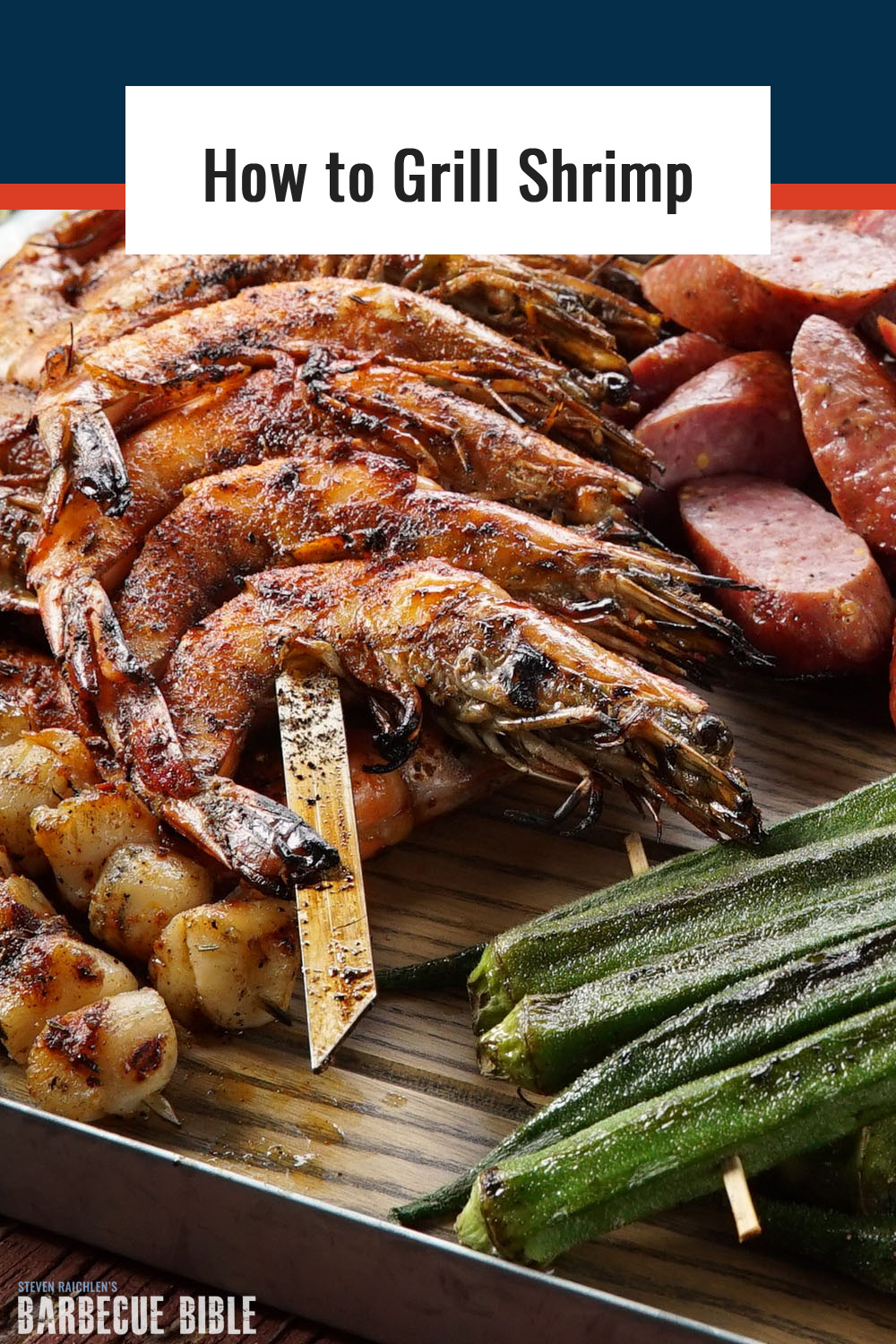 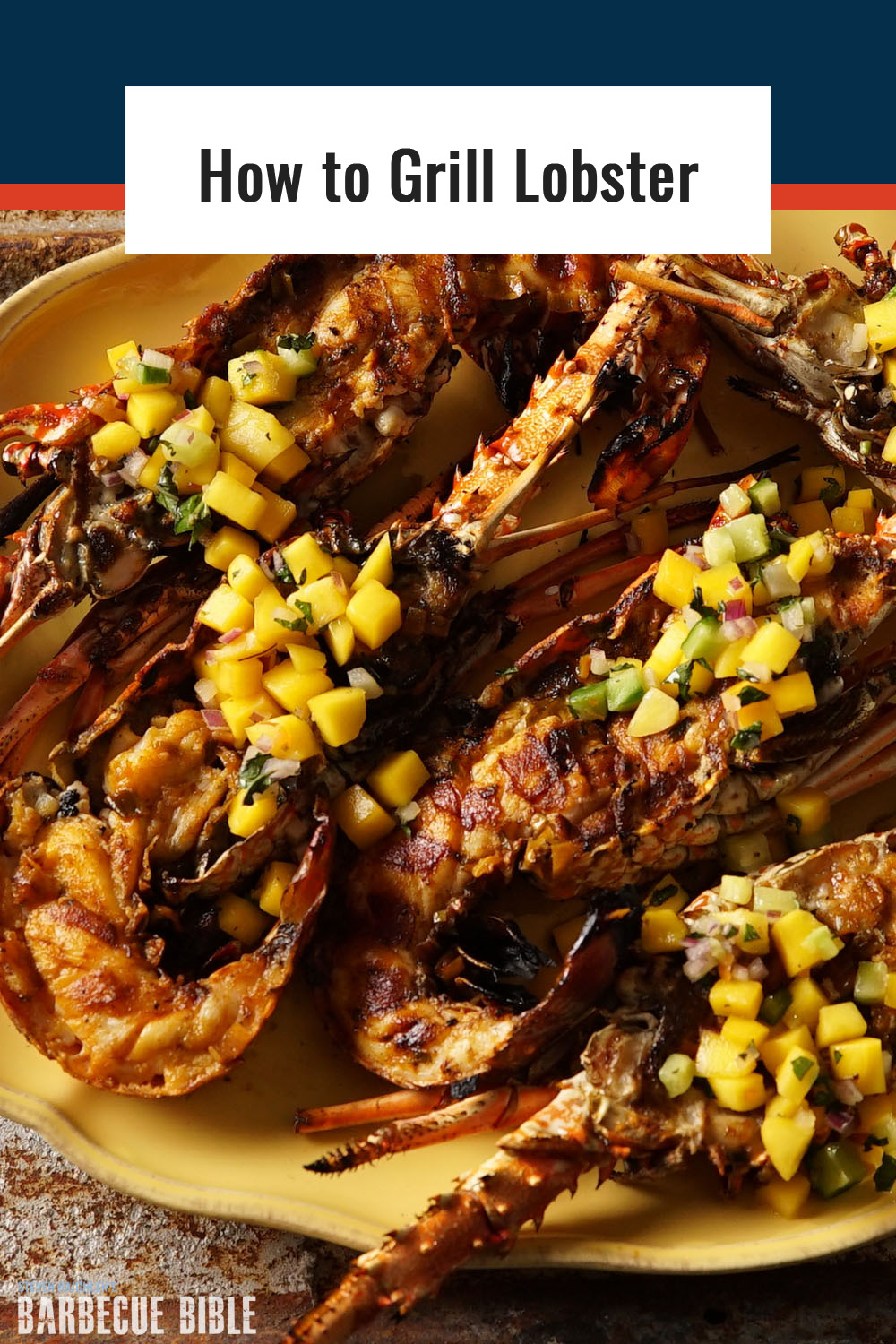