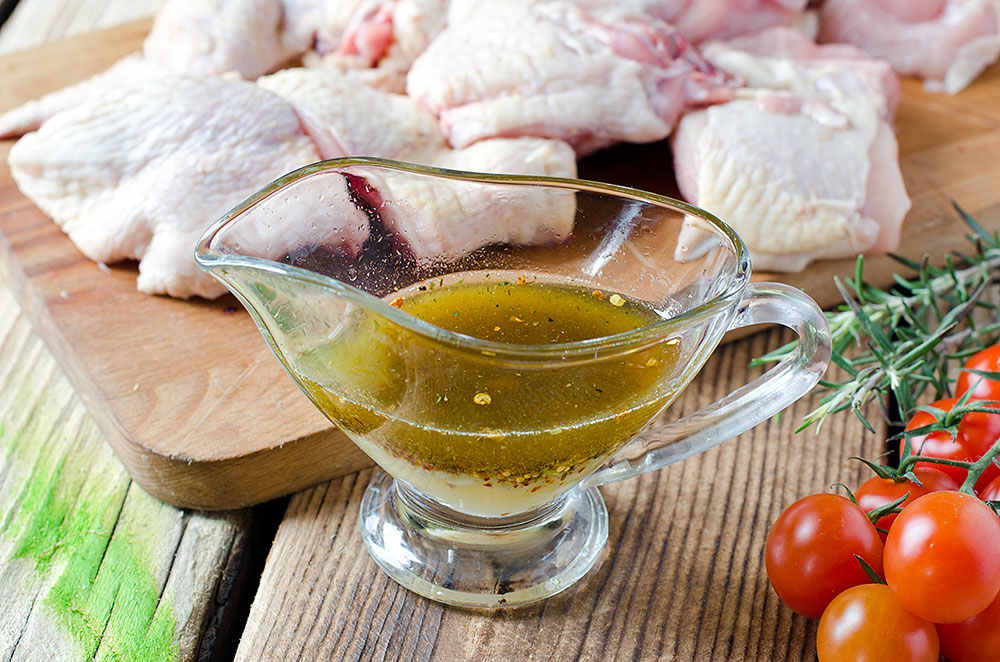 The magic of marinades is well-known throughout the world’s grilling cultures, from Jamaica to Japan. It’s just one of many ways to add flavor to proteins and vegetables, but its powers work especially well on chicken, a meat that is often accused (justifiably) of being bland. Even a simple marinade (1 part of lemon juice or vinegar to 3 or 4 parts extra virgin olive oil plus chopped herbs and salt and pepper) will take your grilled chicken to the next level. Here are more options from Steven’s popular book, Barbecue Sauces, Rubs, and Marinades. Note: To avoid excessive saltiness, do not brine chicken before marinating.

1. Piri-Piri Chicken Wings in the Style of Nandos

When they founded their small business in South Africa in 1987, friends Fernando Duarte and Robbie Brozin never imagined their wings, grilled with a sauce invented by Portuguese explorers, would develop a world-wide following. You can find their signature sauce online and in many supermarkets, but Steven likes to make his own so he can control the heat of the small but potent chiles. Try these wings at your next tailgating party! 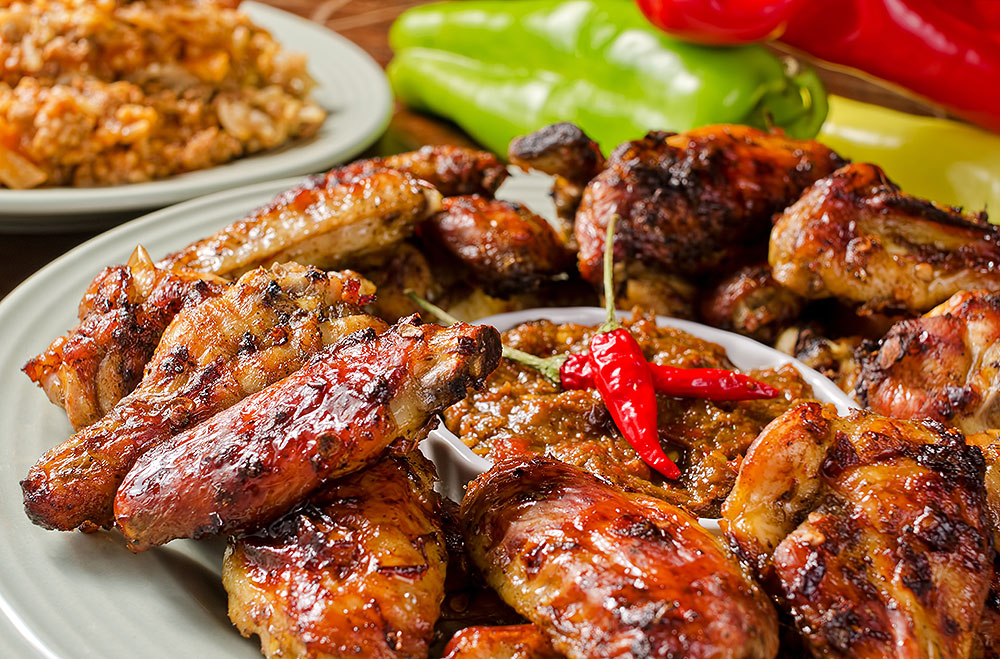 Dark, nutty, salty, and sweet, this classic Korean marinade is as fantastic on poultry as it is on beef or Portobello mushrooms. Use it on quick-cooking cuts of chicken, like tenders or thin paillards cut from the breast. (A breast can yield two paillards). Or, you can indirect grill the chicken parts to prevent the sugars in the marinade from scorching.

This marinade—perfect for fall—comes from the Caucasus Mountains in the Republic of George, where it’s often used to flavor a game hen dish called tabaka. The birds are spatchcocked (butterflied), then grilled under a weight to compact the meat and crisp the skin. Use a salt slab, cast iron skillet, or foil-covered brick if you don’t own grill weights. 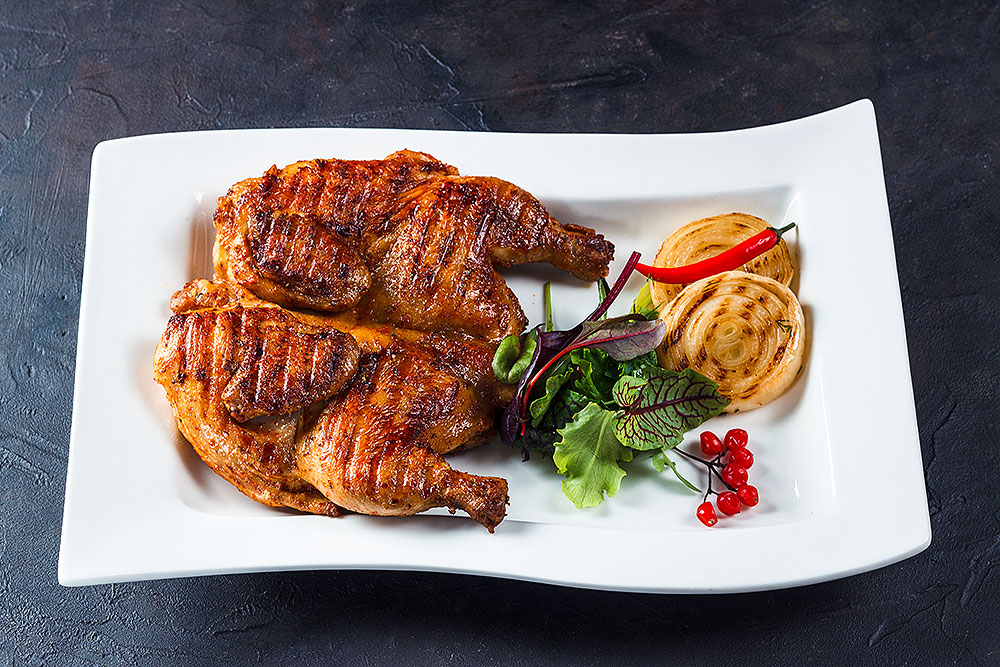 India’s contribution to the world of barbecue is tandoori, which begins with a “jumpsuit orange” paste of yogurt, spices, ginger and other aromatics. We like to use it on skinless chicken pieces. Slather the paste on the chicken, then marinate for at least 6 hours or overnight. Works especially well on chicken breasts, thighs, or tenders. 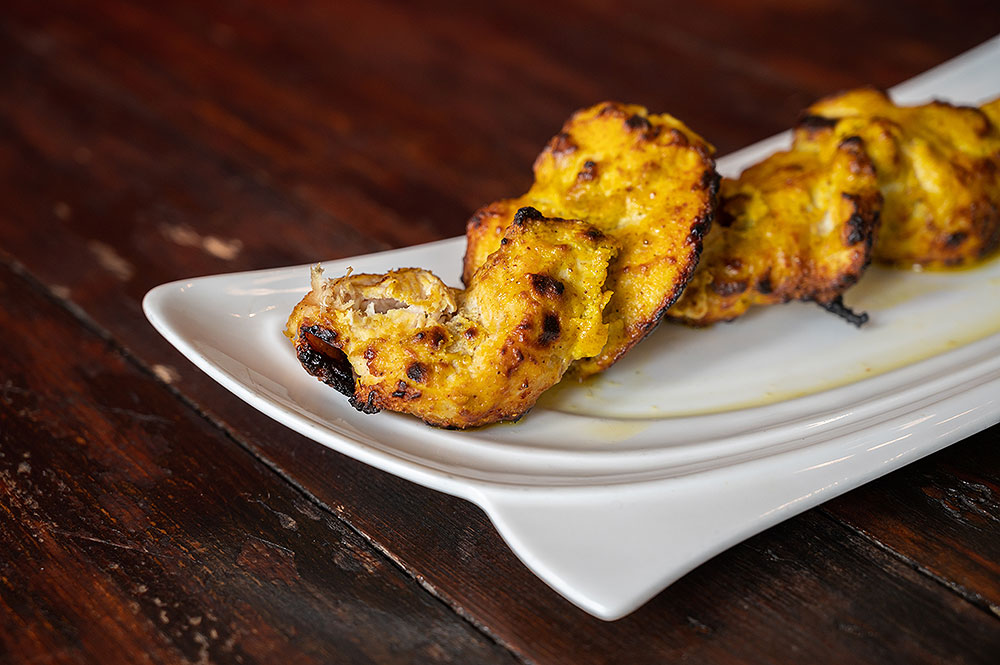 Walk into a Cuban home and this refreshingly acidic marinade is what you’ll smell. Garlic. Cumin. Sour orange juice. Adobo is the lifeblood of Cuban cuisine. The ingredients are traditionally combined with a mortar and pestle. But you can use a blender or food processor, too. Marinate chicken parts for 2 to 4 hours (you don’t want the acid to “cook” the chicken).

Looking for steak marinades? Check out 5 Terrific Marinades for Steak!