Can You Smoke on a Gas Grill? Yes! 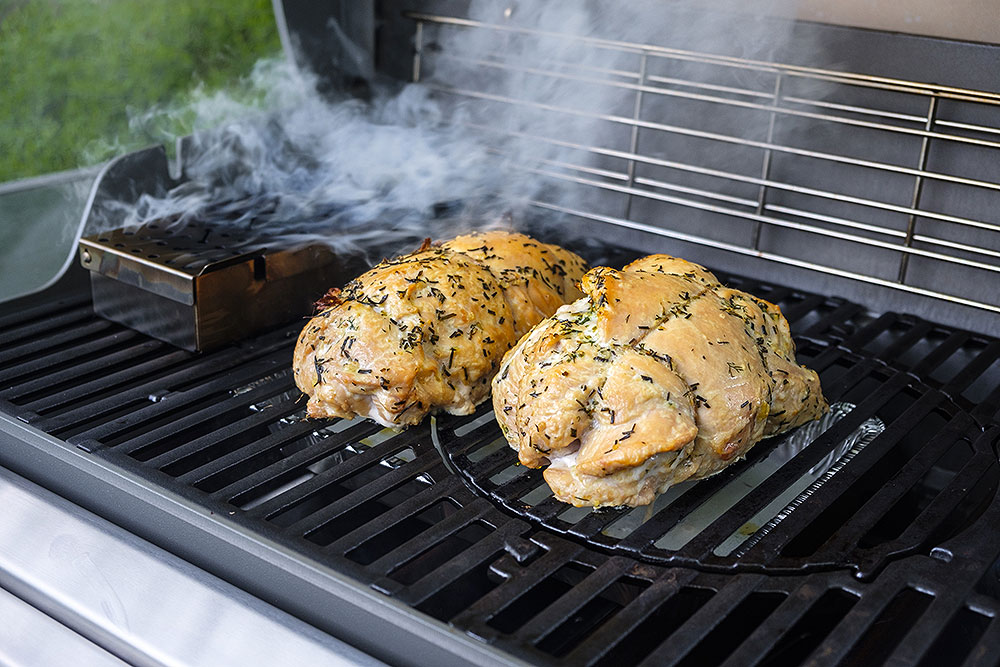 In the introduction to his wonderful book Project Smoke (Workman Publishing), Steven writes: “Smoke. Few words have such power to make you hungry. Think of some of the world’s most pleasurable foods: ham, bacon, pastrami. All owe their distinctive flavor and character to smoke.”

Mankind has been smoking food for thousands of years. Our cave-dwelling ancestors likely discovered the benefits of smoking soon after the discovery of fire. Smoke not only tenderizes meat and vegetables, but adds flavor. As a cooking trend, smoking has exploded in popularity the last several years with dedicated smokers—once a rarity—populating American backyards and taking up real estate in local hardware and big box stores.

But if you own a grill, chances are good, says the Hearth and Patio Barbecue Association, that it’s a gas grill and not a charcoal or wood-burning unit. Does that mean you have to deprive yourself of the joys of wood smoke?

Absolutely not! There are several ways to infuse food with the flavors of wood smoke without buying a dedicated smoker.

Smoke on a Gas Grill

Some gas grills are equipped with a cast iron or stainless smoker box. You add the chips or smoking pellets to the container, which is usually perforated or equipped with a baffle to direct the smoke toward the food. We’ve assembled a handsome package called the Steven Raichlen’s Ultimate Barbecue Flavor Gift Box which includes Smoke-in-a-Can, wood chips, cedar planks,thin cedar grilling papers, and our favorite rubs.

Alternatively, you can fashion a pouch out of heavy-duty foil. Fill with wood chips or pellets and place directly over one of your grill’s burners.

Whole chunks of wood can also be arranged on top of the grill’s flavorizer bars or directly on the grill grate.

The biggest challenge to hot-smoking on a gas grill is to maintain smoking temperatures, which generally range from 225 to 275 degrees F. Many grills have large vents in the back or leaky seals around the grill lids. Depending on your grill, set it up for indirect grilling. If you own a 4-burner grill, light the two outside burners and place the food in the center over the unlit portion. For a 3-burner grill, light the two outside burners (or 1 burner if the temperature rises too quickly). Place the food in the middle. For a 2-burner grill, light only one burner, then put thee food over the unlit side. Note: Never attempt to contain the smoke by plugging the vents or your grill can burst into flames.

Another smoking device that’s become popular during the last several years is a perforated stainless steel smoking tube or a maze-like tray. They are relatively inexpensive (some less than $15). You fill them with sawdust or wood pellets, then light one end with a blowtorch or butane match and lay them on the grill grate. They come in several sizes with 12 inches being common. A full load of fuel will burn for 3 to 4 hours, depending on conditions. (I have personally had better luck keeping the tubes burning than the tray.) These devices can even be used to supplement the smoke from any pellet- or wood-burning grill.

With the tube or a tray, you can even set up any grill for cold-smoking as the device doesn’t get hot enough to cook the food (under 90 degrees). The grill itself is not lit, so you can smoke cheese, gravlax, butter, cream, etc., in any grill or fire-proof container.

Below are additional tips for smoking on your gas grill: 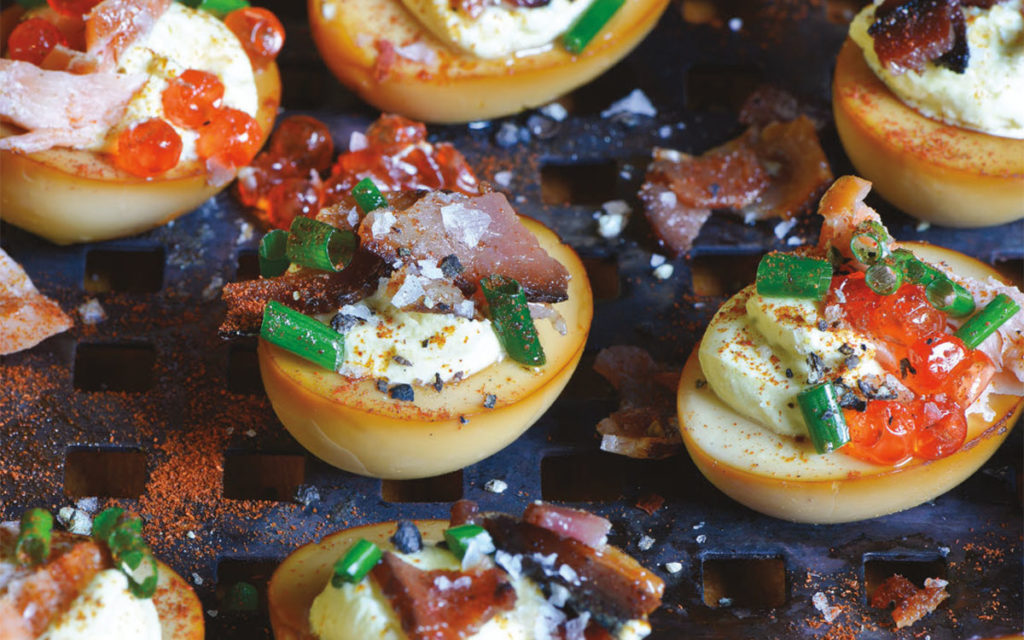 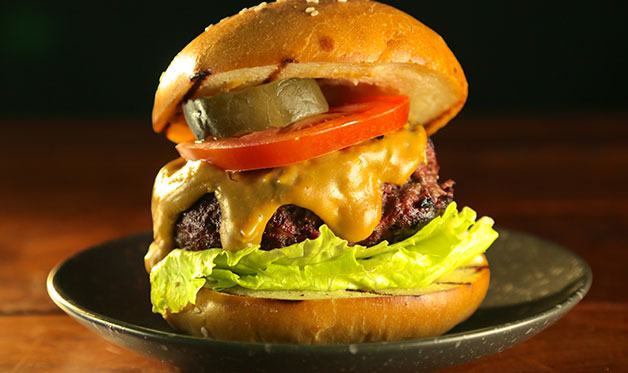