Grill the Best Shrimp: Here’s What You Need to Know 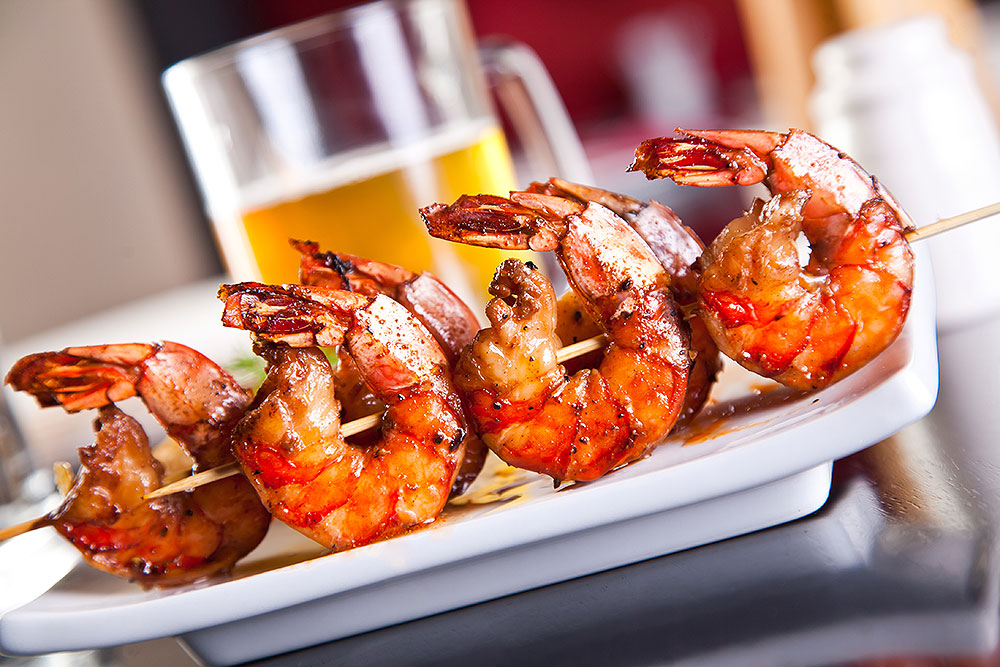 This morning, I got reeled in by a sensational-sounding headline in my newsfeed: “DON’T Throw Another Shrimp on the Barbie!” Of course, I had to click on it.

In an interview with Daily Mail, Michelin-starred London chef Rohit Ghai put a red “X” on 10 grill-worthy foods, including shrimp.

Shrimp, of course, is one of the world’s favorite shellfish, grilled in myriad ways from Minneapolis to Melbourne and all places in-between. (Americans consume more shrimp per person per year than salmon, cod, or tilapia combined.) Its sweetness and sponge-like ability to absorb the flavors of rubs and marinades make this crescent-shaped crustacean a natural for live-fire cooking. It cooks quickly and evenly, and even signals when it’s done by turning pinkish-white and opaque.

Though we strenuously disagree with Chef Ghai’s no-exceptions conclusion that shrimp should never be grilled, we concede one point: Shrimp, because they’re comparatively small and lean when measured against other grillable proteins, have a tendency to dry out. And quickly, too. There are several ways to prevent that, and to retain the sweet, briny succulence and appealing “poppy” texture of shrimp. Ultimately, our advice is DO throw another shrimp on the barbie!

Here are our best tips for grilling extraordinary shrimp:

*Buy the best shrimp you can afford. Fresh (unfrozen) shrimp is available to only a small percentage of Americans. But fortunately, shrimp freezes well and maintains its texture and flavor.

*Names like “extra colossal,” “jumbo,” “large,” “medium,” or “small” are subjective and may change from store to store. Buy shrimp by the per pound count, not the size—the smaller the number, the bigger the shrimp. For example, U-10s—meaning there are about 10 per pound—are dramatically larger than U-36/40 shrimp. (Be sure to ask if the count is head-on or head-off.) When it comes to grilling, in our book, bigger is better.

*Dry-brining seems to improve all shrimp. Simply toss the shrimp (thawed, if previously frozen) with about 1 1/2 teaspoons of coarse salt and 1/4 teaspoon of baking soda. Fifteen minutes will do it.

*Employ your favorite marinade before grilling, but limit the shrimp’s exposure to 15 or 20 minutes. Shrimp is a delicate protein, and can be “cooked” by acids like lemon or lime juice.

*Grill shrimp for 2 to 3 minutes per side, depending on the size of the shrimp. A “C’ shape, along with white and opaque flesh, is good. A tight “O” shape means the shrimp is overcooked.

*If you’ve bought shrimp in the shell, make an incision through the shell and remove the dark alimentary canal with the tine of a fork. Reform the shell and grill. (The shell will protect the meat and retain juices.)

*As they grill, spray the shrimp with a mixture of white wine and olive oil.

Below are some of our favorite grilled shrimp recipes: 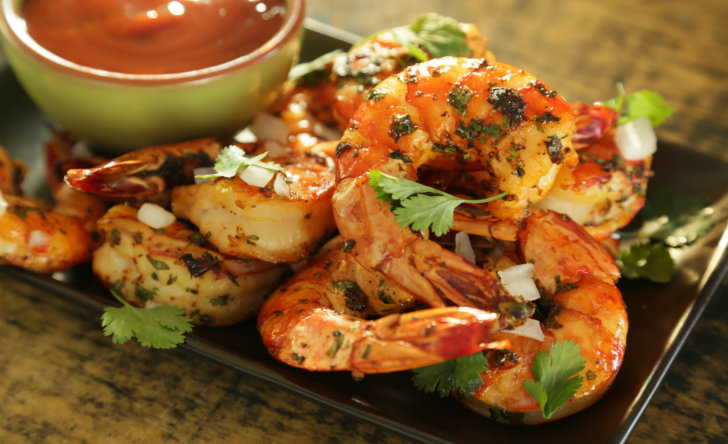 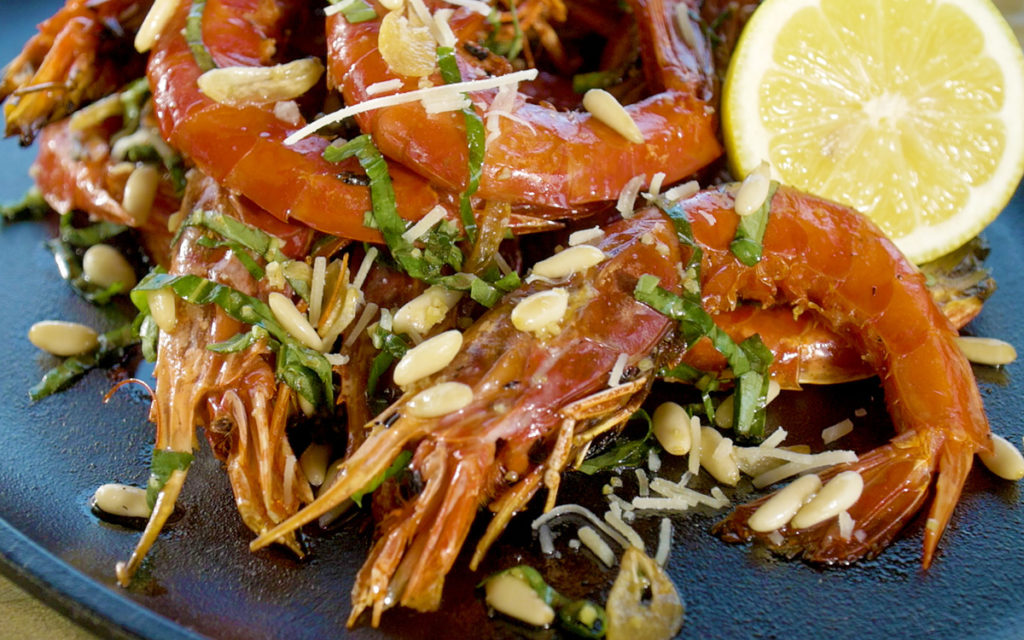 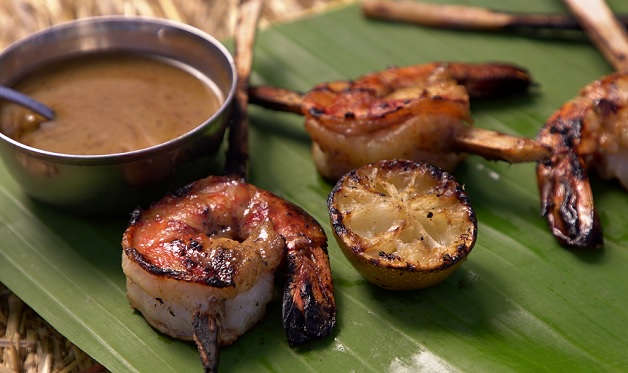 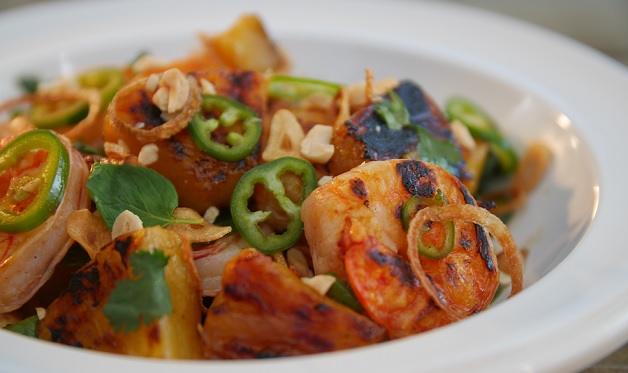 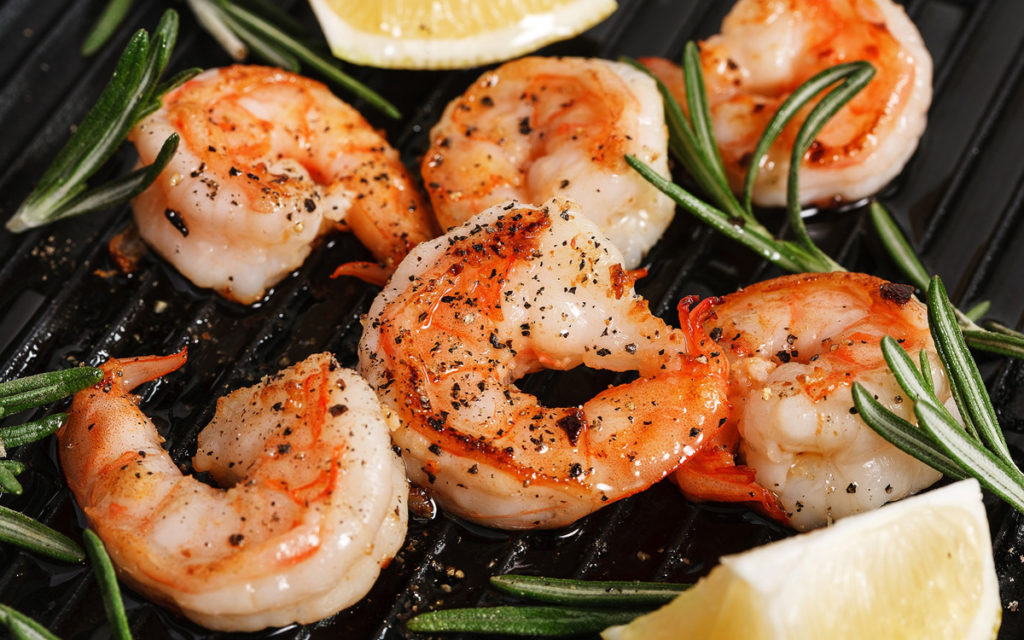 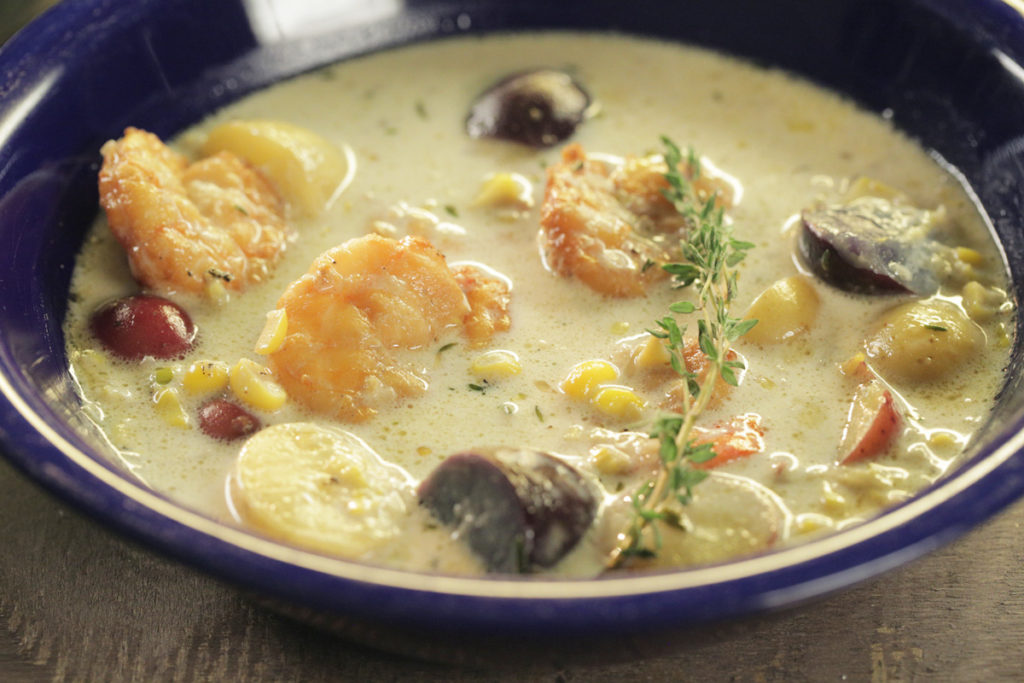