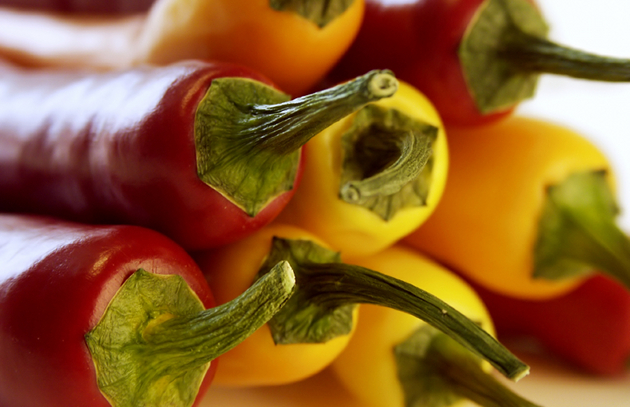 Argentinians could no more imagine grilled beef without their tangy, garlicky, olive oil- and herb-based chimichurri than Brazilians could dig into traditional churrasco (a belt-loosening array of spit-roasted meats carved off sword-like spits directly onto your dinner plate) without a bowl of onion- and chile-laced molho à companha (country salsa).

We North Americans may think we have a monopoly on barbecue sauce. But since the moment our prehistoric ancestors splashed seawater or squeezed fresh berry juice on a hunk of fire-roasted game, grill masters across Planet Barbecue have strived to concoct the ultimate barbecue sauce.

March is National Sauce Month, and to celebrate, we’re launching a series on the world’s best barbecue sauces.

Up first, South America. If you think all South American barbecue sauces are hot—or even alike—guess again. Our southern neighbor offers an astonishing range of sauces—some mild, some fiery, but all supremely well suited to grilled beef and other meats. And if you don’t like sweet barbecue sauce, read on: This blog is for you.

Chimichurri (Argentina): This is Argentina’s national “steak sauce” (actually it’s more like a vinaigrette), and if you’ve experienced more elaborate versions in North America (some flavored with fresh cilantro or even mint—courtesy of yours truly), you may be surprised—even underwhelmed—by the real McCoy. Many versions don’t even contain fresh parsley. When you stop to consider the origins of chimichurri—among the rough gauchos (cowboys) of the Pampas—the simplicity of the sauce and the use of dried herbs makes sense. As to how chimichurri got its name, one of our Up In Smoke newsletter subscribers, Nelida Bernal, cites a Basque word—tximitxurri—loosely translated as “a mixture of several things in no particular order.” (The highly nomadic Basques settled in many corners of North and South America, including Argentina.)

Pebre (Chile): You could think of pebre (pronounced “pay-beh-ray”) as Chilean pico de gallo. (We’ll cover Mexican barbecue sauces and condiments in a future blog.) Yes, it contains peppers (sweet bell peppers and piquant fresh or dried aji). It also contains diced onion, garlic, cilantro, and often, chopped tomatoes. (When tomatoes are added to pebre, the variation is called chancho en piedra). And no asado al disco (Chile’s singular “disk” barbecue grilled on the round metal plates of a farm harrow) or choripan (Chilean chorizo on a bun) would be complete without it. The name comes from the Catalan generic word for capsicums—and it’s believed pebre was first made by Catalan engineers and masons hired by the city of Santiago for municipal projects during the eighteenth century. Nearly every family and restaurant in Chile has its own formula. Serve with all manner of grilled meats and seafood, and it’s not half bad on potatoes, eggs, and bread.

Llajua (Bolivia): This fiery chile and tomato grilling sauce is such a staple on Bolivian tables that the name was trademarked by the Bolivian government in 2008. (In case you’re wondering, the locals pronounce it “yak-kwa.”) Made with South America’s locoto chile and a Bolivian cilantro-like herb called quillquiña, it deftly complements grilled chicken, beef, lamb, pork, or lamb. (If you can’t find chile locoto, Scotch bonnets or jalapeños stand in quite nicely.) For most Bolivians, the more fiery the llajua, the better. On a personal note, llajua has been part of the Raichlen grilling repertory ever since our daughter Betsy introduced us to a tall handsome musician of Bolivian descent—now our son-in-law, he of skirt steak and hot sauce fame, Gabriel Berthin.

Molho à Campanha (Brazil): If you’ve eaten at a Brazilian churrascaria, you’ve likely encountered a piquant “country salsa” made with diced bell peppers, sweet onion, and tomatoes, and dressed with oil and wine vinegar. Some versions are as mild as European vinaigrettes. Others bite back, thanks to the addition of piri piri chile peppers or salsinha picada (Brazilian hot sauce). According to my musician friend Dexter Dwight who lived and played for many years in Brazil, the secret to great molho à campanha is to bring the vinegar, salt, and water to a boil first, immediately remove it from the heat and let it cool before adding the other ingredients. It’s hard to imagine Brazil’s great gift to the world of barbecue—picanha (luscious fat-capped spit-roasted sirloin)—without it.

Aji Amarillo (Peru): If you’ve ever been to Peru, or you’re a food-obsessed resident of Washington, D.C., Los Angeles, New York, or another metropolitan area with a large Peruvian community, I trust you’ve experienced Peru’s national barbecue dish: anticuchos (grilled beef heart kebabs). Equally memorable is the electrifying golden sauce that accompanies it. Aji amarillo owes its vibrant color to annatto seeds or ground turmeric and its fiery bite to the yellow Peruvian chile that gave its name to the sauce. Peruvian markets may carry it fresh, but you’ll get fine results with canned or frozen aji amarillo. If beef heart kebabs weird you out, try the sauce on grilled chicken.

Be sure to join us next month for a look at European barbecue sauces.

Need more spice in your life? If you sign up for our newsletter from March 17th to 24th, you’ll get a free e-book download of Miami Spice. This bestseller captures the irresistible convergence of Latin, Caribbean, and Cuban influences with Florida’s cornucopia of stone crabs, snapper, plantains, star fruit, and other exotic native ingredients.