Skirt Steak Recipes for the Win! 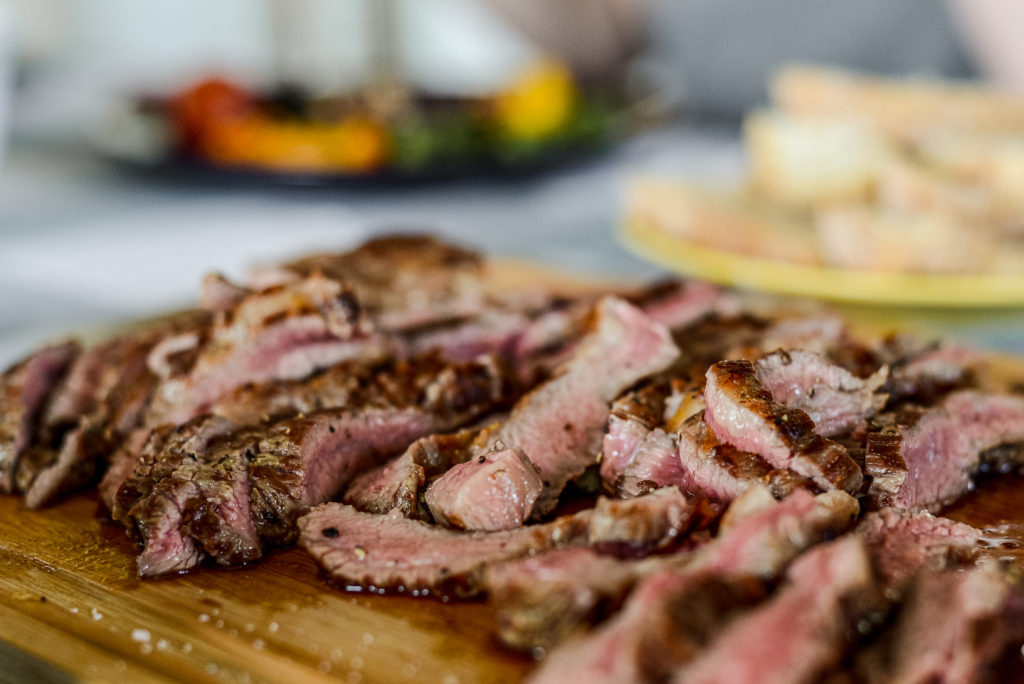 What do the words arrachera, fleica, or ahnchangsal have in common? Respectively, they are Spanish, Romanian, and Korean terms for one of the beefiest-tasting cuts of meat on Planet Barbecue—skirt steak.

In the US, skirt steak is practically synonymous with fajitas, a specialty of the Tejano culture. Food historians say Mexican ranch hands working near the Rio Grande in the late 1930s and early 1940s resourcefully turned humble cuts like skirt steak into satisfying meals by marinating the meat, grilling it over their campfires, and serving thin slices in tortillas.

Although peddled by a festival vendor who called himself the “Fajita King” and a couple of local restaurants, skirt steak may have remained an obscurity were it not for a German-born chef, George Weidmann. In 1982, he presciently put “sizzling fajitas” on the menu of the San Antonio Hyatt Regency. They proved to be immensely popular, and the fajita gospel spread quickly.

HOW MUCH DOES SKIRT STEAK COST?

But as noted above, skirt steak is appreciated by grill masters in disparate parts of the world. Like flank steak and hanger steak, it comes from the short plate primal. There are four skirt steaks per animal. However, they are not the same: One is called the outside skirt steak (NAMP 121C, or 121E, if the outer membrane is peeled); the other is the inside skirt steak (121D). The former is longer and thinner than the inside skirt steak, but is considered the most desirable of the two due to its superior flavor. You’ll pay more for it, too—up to $17.99 a pound (few are larger than 11 or 12 ounces) at my local market. Fortunately, it’s available from online meat purveyors at lower prices. Inside skirt steaks sell for as little as $5.99 per pound and are still a relatively economical choice. 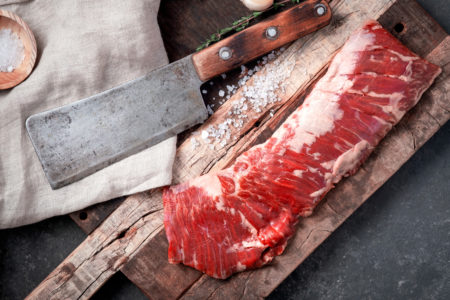 HOW LONG SHOULD SKIRT STEAK BE GRILLED?

Because skirt steak is quite lean with a pronounced grain, it should be cooked quickly—about 3 minutes per side—over high heat. It is best when served medium-rare and sliced sharply on a diagonal. (That technique shortens the meat fibers, giving the steak a more tender chew.)

SHOULD I MARINATE MY SKIRT STEAK?

The meat’s unique accordian-like folds give it a deceptive amount of surface area, making it a good candidate for your favorite marinade. Because skirt steak is thin, a couple of hours in a marinade is sufficient. Be sure to dry the meat thoroughly before grilling, however, to get the best caramelization on the exterior.

Or you can take things in an Asian direction by marinating skirt steak in a soy- and sake-based marinade reminiscent of Korean bulgogi. The meat is grilled (we like to use a hibachi for this), sliced thinly, then served in lettuce wraps with a variety of condiments. It’s a quick—and healthy!—preparation.