3 Grilled and Smoked Cocktail Recipes You Can Make At Home 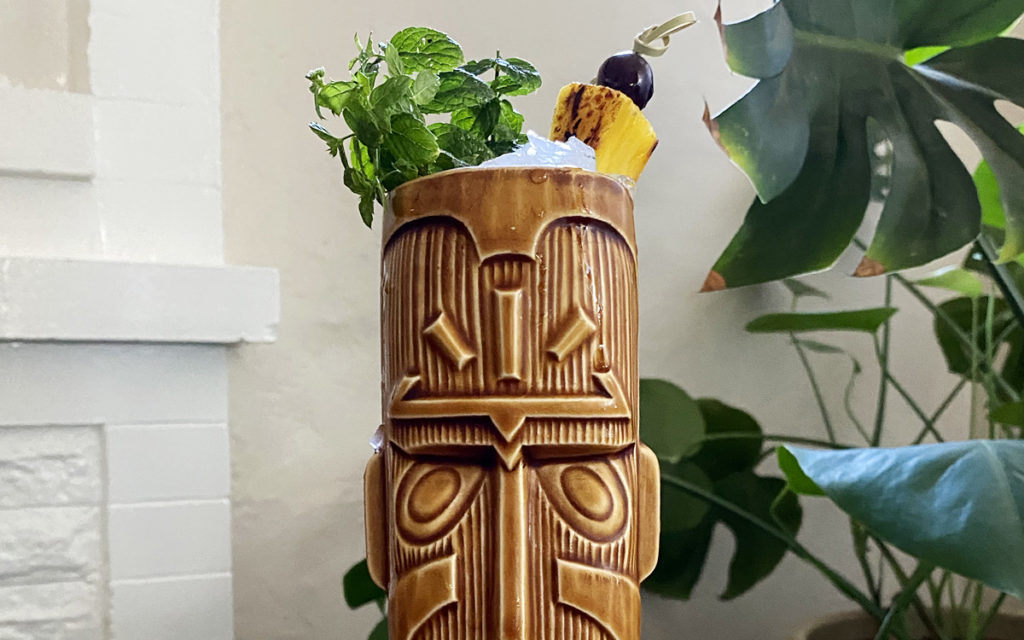 Some years ago, a tiny book arrived in my mailbox—a mere 124 pages and small enough to fit in your shirt pocket. But don’t underestimate it for its size—the author, a longtime friend of this barbecue community named Dave Stolte, managed to fit more good sense and great recipes into what has become one of my go-to cocktail reference books: Home Bar Basics and Not-So-Basics. I recently asked Dave how he felt about grilled cocktails. He graciously responded with this blog. So fire it up and down the hatch. Cheers!

A refreshing beverage in hand while barbecuing is part of the experience, right? For me, it’s hard to imagine smoking a brisket or pork shoulder on a long summer day without a Mint Julep or a Tom Collins within an arm’s length. Or making Steven’s “Steak from Hell” without a sip of Oaxacan mezcal. (Smoke overload? Say it ain’t so!)

But are there are also occasions, away from mealtime, where you want to just grill your cocktail? Sounds a little weird to some, I know, but with the right approach, it really works. I’ve had some ideas marinating for integrating my two culinary passions of Bar and Grill while I’ve been working on the forthcoming third edition of my pocket cocktail guide “Home Bar Basics (and Not-So-Basics).” Somehow, kismet smiled on me one morning recently when I woke to an email from Steven asking if I’d like to pen a guest blog about grilled and smoked cocktails. Twist my arm!

First, I drew inspiration from Steven’s first and favorite grilled fruit, a spiced pineapple. I found its otherworldly caramel and hint of char paired insanely well with the gunpowder molasses and tropical fantasy of Don the Beachcomber’s 1950 version of the Zombie. Part of the recipe, a homemade passion fruit syrup is no big deal if you’re dedicated enough to grill and then juice fresh pineapple, right? Saving chunks of pineapple as part of the garnish is a bit of lily-gilding I can get behind. 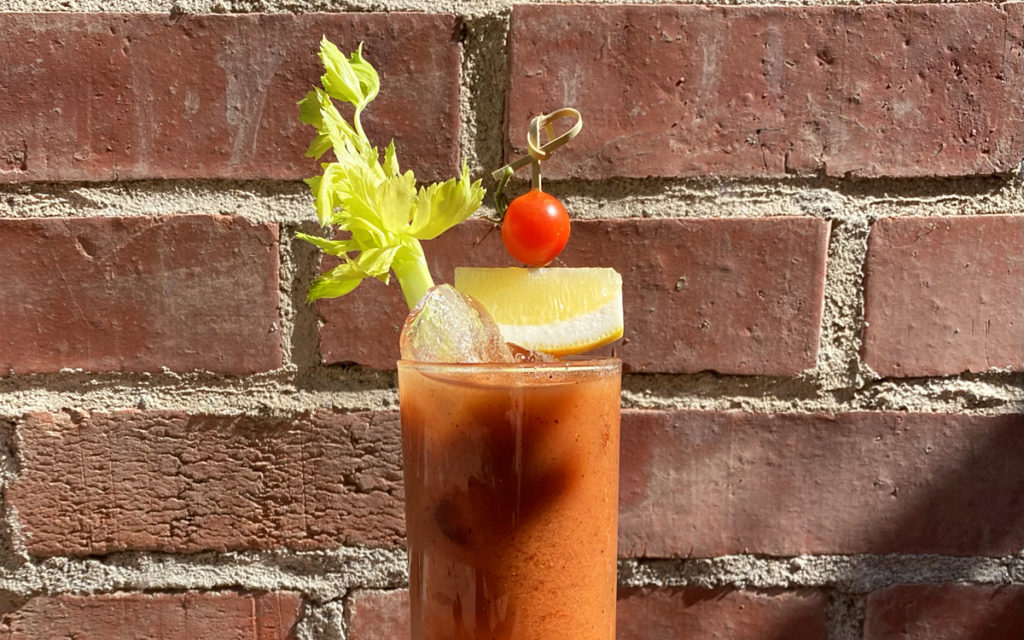 Next, I combined two favorites: a homemade mix for Bloody Marys (or Bloody Marias) inspired by Portland bartender Jeffrey Morgenthaler’s recipe and the aforementioned Steaks from Hell salsa recipe. I’ve taken Steven’s mantra to heart: “grilling makes everything taste better” – and for years, I’ve stepped his recipe up one bit further by fire-roasting the tomatoes, onions, and garlic directly on raging-hot lump hardwood charcoal with a whiff of mesquite and pecan wood. The resulting salsa is now a standard summer recipe in our family.

So naturally, a homemade Bloody Mix using the same technique had to be tried… turns out, it’s wonderful as a Bloody Mary (with vodka) or a Red Snapper (with gin)… but seriously out of this world as a Bloody Maria (with tequila). ¡Que Sabor! 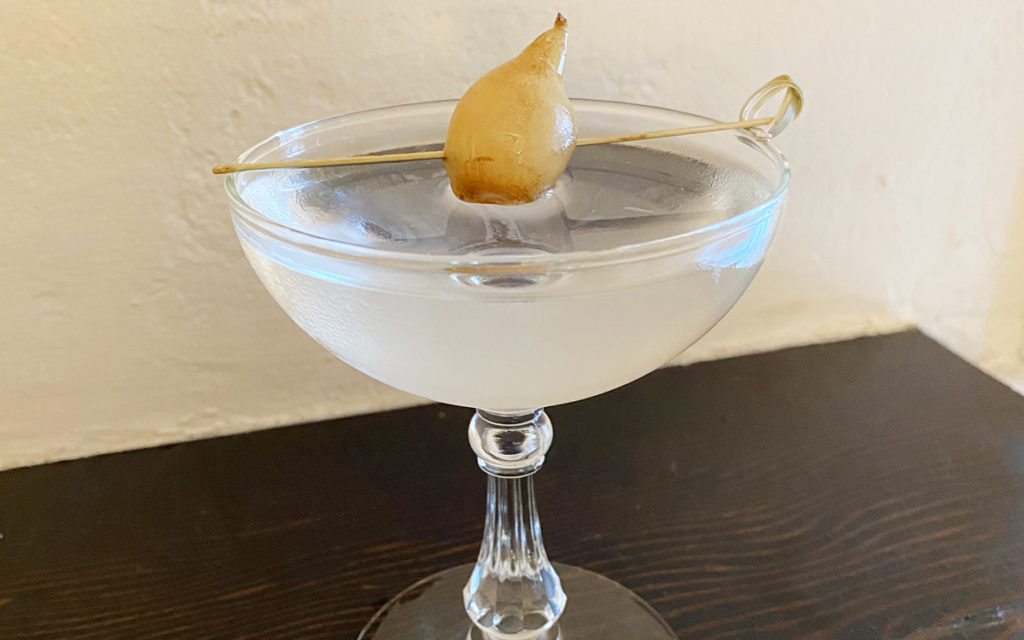 Thinking beyond the drinks themselves for one more recipe, I’ve always been smitten by the simple and somewhat neglected Gibson cocktail with its unique garnish. For those unfamiliar, it’s roughly similar to a Dry Martini (minus the Martini’s orange bitters), but festooned with a cocktail onion instead of an olive.

What would happen if the cocktail onion was homemade and graced with a puff of alder or oak smoke? Possibly my new favorite cocktail of the moment, that’s what. You might just agree as you marvel at that last briny, smoky sip… and start to wonder about your own “what if” drink recipe ideas. 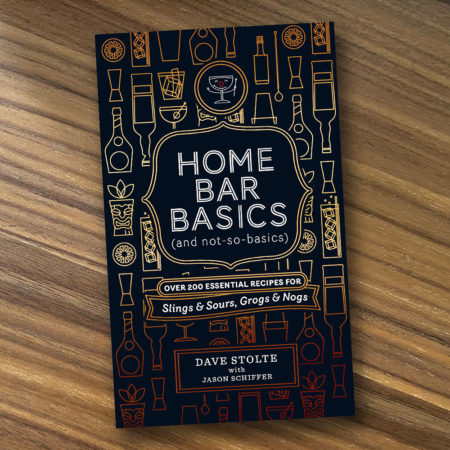 Author, designer, and illustrator Dave Stolte has enlisted the help of award-winning bartender Jason Schiffer to refresh and refine his book Home Bar Basics (and Not-So-Basics) for an all-new (almost) tenth-anniversary edition. The new edition is now filled to the brim with over 200 recipes to help master your Margarita, perfect your punch, and sharpen your shake. Basically, with this handy pocket book, you’ll be stirring and straining like a pro in no time.