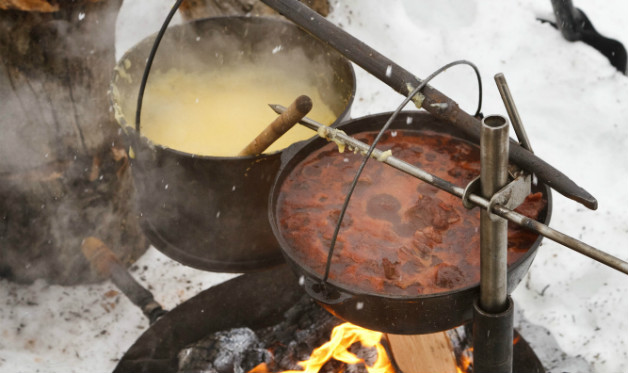 Fresh chorizo sausage is a staple on the grill in Argentina and Uruguay, and it has recently become more widely available in the United States. Here I combine it with some spicy cured Spanish chorizo and lots of grated carrots and tomatoes to make a hearty stew, served over soft polenta. The carrots slowly cook down into the sauce to lighten it, and the sautéed fennel, incorporated at the end, adds texture.

Step 1: To make the chorizo, heat 2 tablespoons of the olive oil in a deep heavy pot over medium heat. Add the pancetta and sauté for several minutes, until the fat starts to render, then add the onions, stirring to coat them in the fat. When the onions have softened, add the fresh chorizo, stir well, and cook, stirring, until it loses its raw color. Add the carrots, Spanish chorizo, and herbs and stir well. Cover the pot and let the carrots sweat for several minutes to soften them.

Step 2: Uncover the pot and add the wine. Raise the heat, bring to a boil, and let the mixture bubble until the wine reduces by half. Stir in the tomatoes, with their juice, and the stock. Crush the tomatoes with the back of a fork, then lower the heat to a bare simmer, partially cover, and cook for 4 hours. The carrots will melt into the sauce with the tomatoes. (The recipe can be prepared ahead to this point; reheat before adding the fennel.)

Step 3: About 20 minutes before serving, prepare the polenta: Bring the stock to a boil in a large heavy saucepan. Gradually stir in the polenta and let it bubble over medium heat, stirring frequently, for 15 to 20 minutes, until it is thick and creamy but still quite moist. Beat in the olive oil and cheese and season to taste with salt and pepper.

Step 4: Meanwhile, toss the fennel with the remaining 2 tablespoons olive oil in a bowl. Heat a chapa or a large cast-iron griddle over medium-low heat and brush with olive oil. When the oil is hot, add the fennel and sauté gently, turning occasionally, for about 8 minutes, until crisp and golden on all sides. Stir into the stew and season with salt and pepper to taste.

Step 5: Spoon the polenta into large bowls, top with the braised chorizo, and serve. 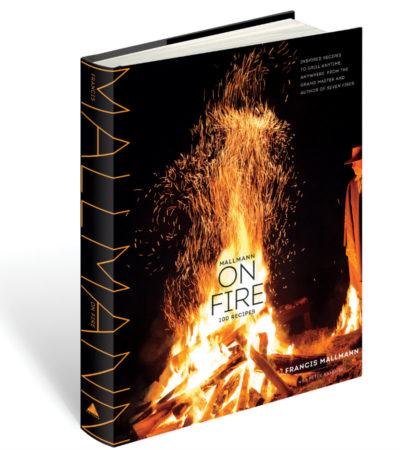