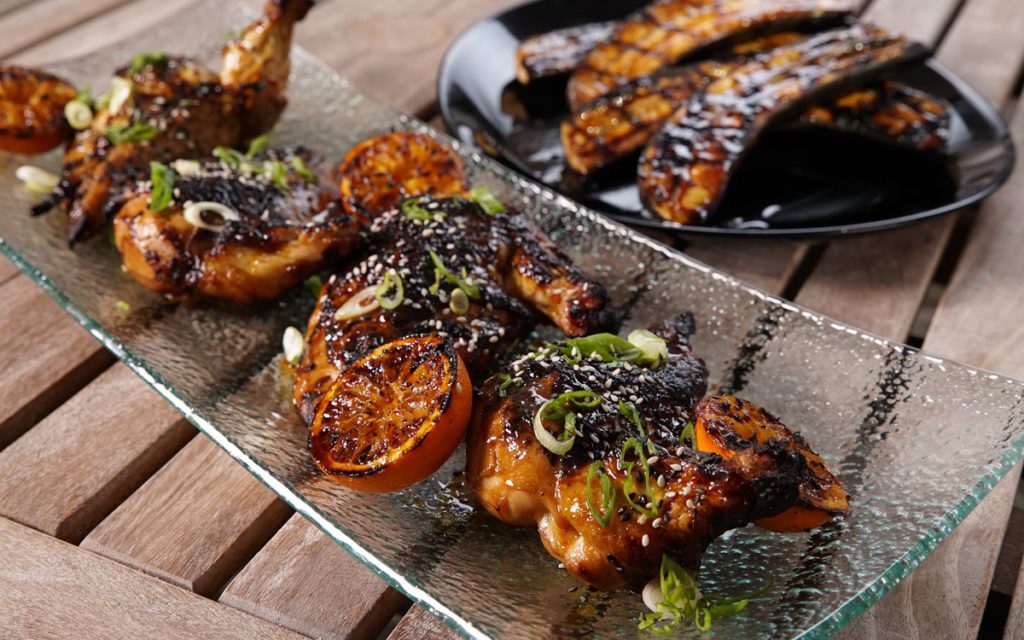 Long before there was modern fusion cuisine, people cooked Chino-Latino. It originated with Chinese laborers who immigrated to Cuba and Trinidad and elsewhere in the Caribbean to work the plantations. They developed a unique mashup of Asian and West Indian cooking.

Teriyaki is Japan’s national barbecue, but this recipe gives it a Latino twist with cinnamon, rum, and fresh tangerine juice.

Other Recipes from Episode 211: Chino-Latino 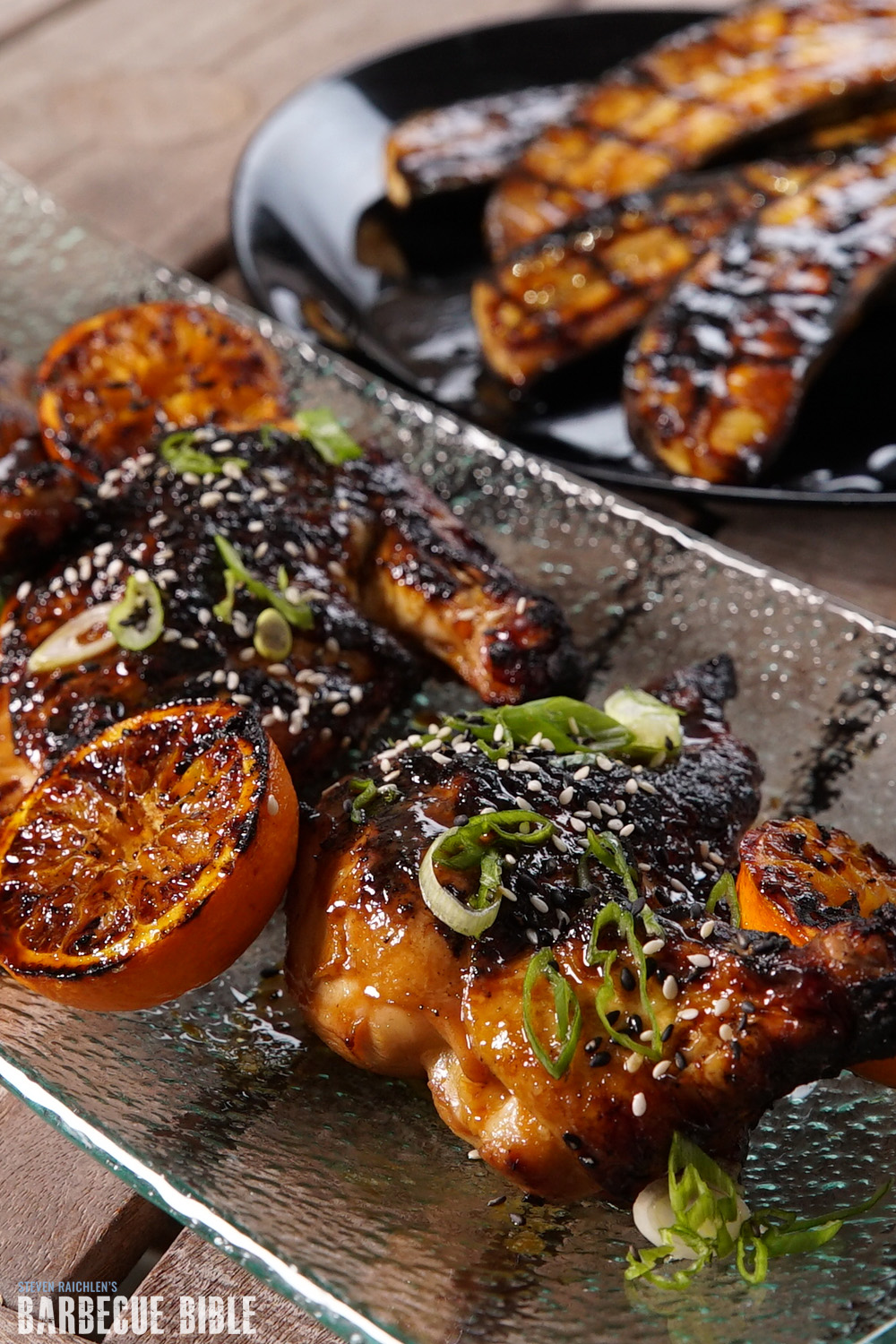 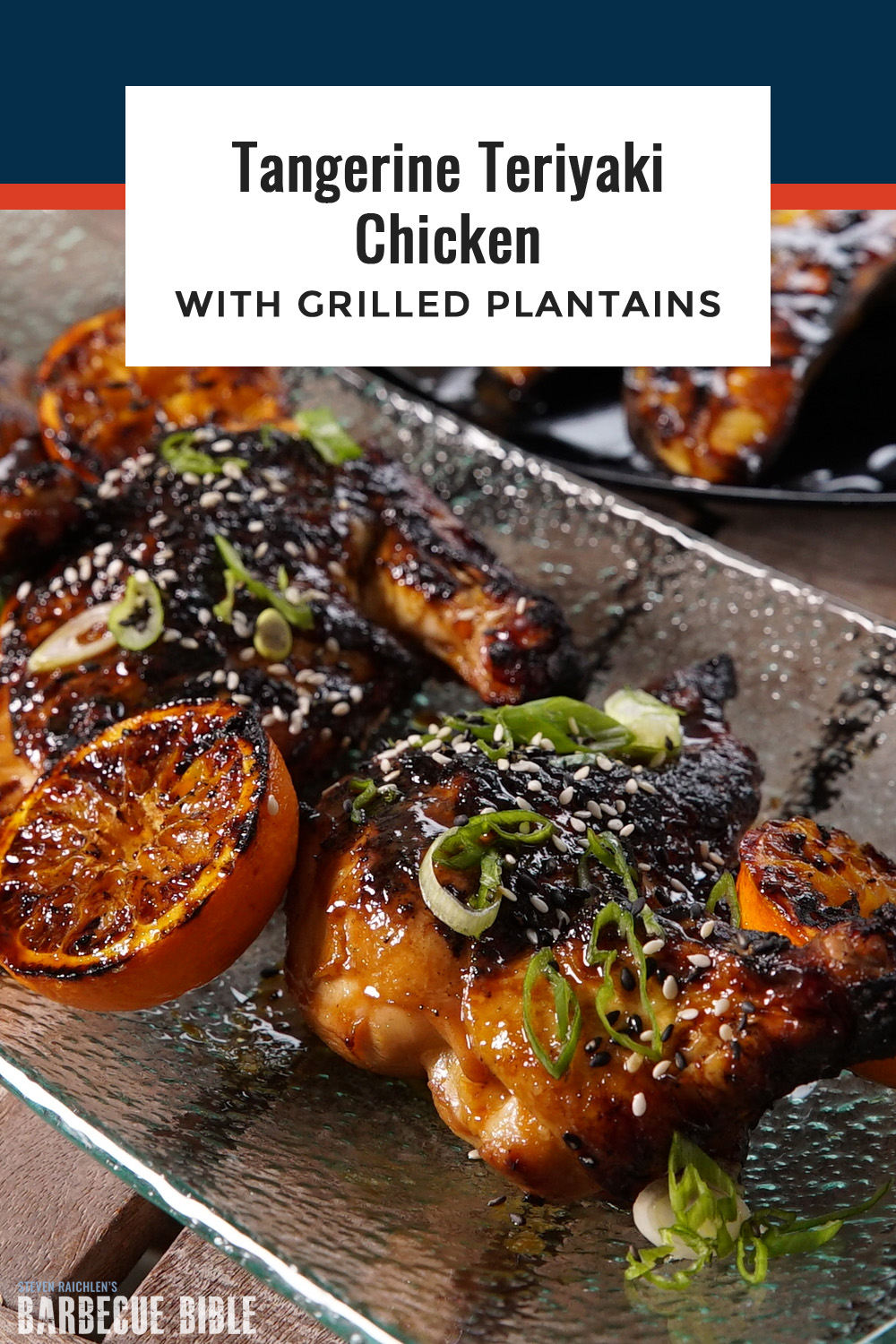 1: Arrange the chicken breasts in a baking dish just large enough to hold them.

3: Pour the marinade/glaze over the chicken, turning the breasts to coat. Cover and refrigerate for 4 hours, turning occasionally.

4: Transfer the chicken breasts to a plate, draining well. Strain the marinade into a saucepan. Boil it until it’s reduced by half, 5 to 10 minutes. Whisk in the butter and keep the sauce warm.

5: Heat the grill to high. Brush or scrape the grill grate clean and oil it.

6: Starting meat side down, grill the chicken breasts until just cooked, about 4 minutes per side, giving each a quarter turn after 2 minutes to lay on a crosshatch of grill marks. The last 30 seconds, start basting the chicken with the marinade/glaze. (Is time sufficient to cook breasts?)

7: Transfer the chicken to a serving platter. Spoon the glaze over and dust chicken with scallion greens and sesame seeds.

8: Brush the steaks a final time with the glaze, then transfer to a platter or plates. Sprinkle with the sliced scallion greens and sesame seeds and serve at once.